Murder at the vicarage

Murder at the vicarage / Murha maalaispappilassa
Written by Agatha Christie

The classic story was taken to the era of 1940s where Agatha Christie wrote the murder drama. I took inspirations for the costumes from 1940s pattern books and vintage fashion magazines. The period specific design elements were adapted to each character’s clothing in a way that they supported the character’s personal story arcs. 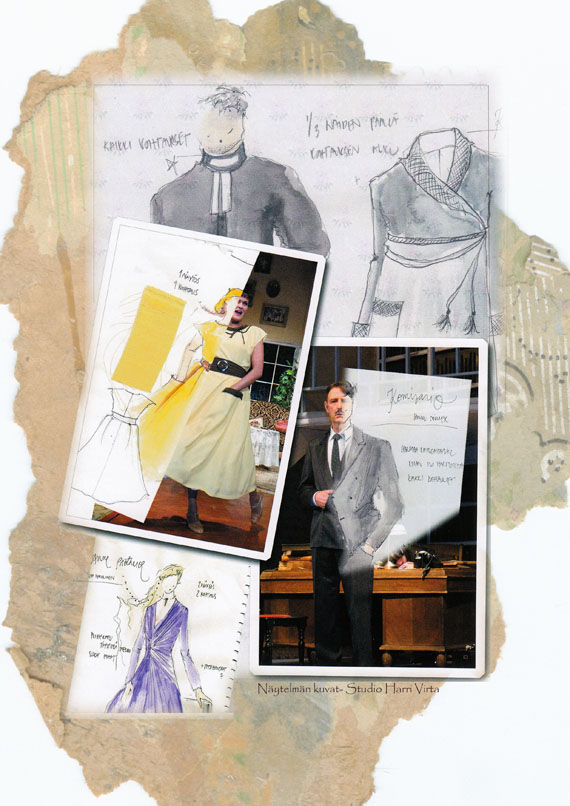